Carnival traditions in Greece are a living thing. Their origins go way back in Greek history, as one of the oldest forms of rites devoted to fertility and nature. The word Apokria, as Greeks call it, literally means ¨without meat¨, and it’s associated with the Orthodox Lent period that follows. Although there are similarities in the way each village, city or island celebrates, many have kept their unique character, and a special one of them is the carnival of Lesvos!

The most popular carnival destinations of Lesvos are Agiasos, Antissa, Agia Paraskevi, Mesotopos and Mytilini, which is also the capital.

The carnival of Antissa celebrates its 48th year! The main spectacle of this local fest are the funny young chariots that go around laughing and teasing people. Visitors enjoy plenty of free wine and food, while they can dance to traditional songs.

In Agia Paraskevi it couldn’t be more interesting! The local festivities include theatrical acts, masqueraders of all ages wandering around, and traditional carnival songs that people chant while walking and dancing in the streets.

Mesotopos is another place to be lost in time during the carnival! Accompanied by the sound of bells and the aroma of fresh-baked traditional pies in the air, ¨Koudounatoi¨ are definitely an attraction by themselves! They consist mostly of men that are fully covered with goat bells and wear fallical symbols on their heads. Everyone meets at the main square, to sing racy songs and share kinky jokes while dancing nonstop!

Lesvos’ different carnival traditions cover a wide spectrum, for everyone that wants to experience greek carnival in its diversity! These local fests follow the path of time, connecting the past with the future and passing the carnival spirit from one generation to another.

The oldest bottle of olive oil in the world

The oldest bottle of olive oil in the world was discovered in the ancient Roman town of Herculaneum, near... 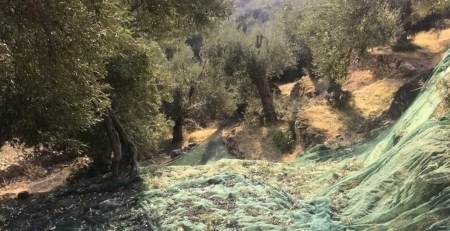 The holy process of Harvesting

Olive oil making in Lesvos Island goes back to the Bronze Age. From the early days of harvesting and... 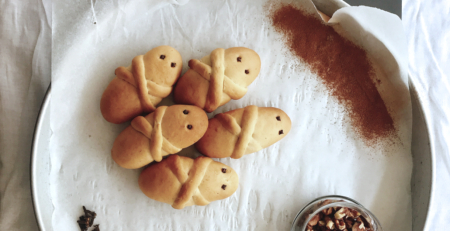 On the Saturday of Lazarus women of Lesvos bake “Lazarakia”, little sweet buns filled with dried grapes and fοrmed...