The olive branch as a symbol through the ages

The olive branch is one of the oldest symbols in the world and one of the most significant in the Mediterranean. That’s something completely natural because it is deeply connected to our society from the ancient times.

Symbol of Prosperity and Wealth
Groves and plains with olive trees were considered places of tranquility, meditation and prosperity for the human soul. An example of this, is the argument between Goddess Athena and Poseidon regarding who would be the protector of Athens. It is known that Athena won the challenge by offering an olive tree and maintained the wealth and reputation of her city.

Symbol of Purification and Mysticism
Olive branch is connected with the divine from antiquity. As a symbol of Goddess Athena, it was often used in religious rituals in order to purify and give hope to the worshipers. In some temples, it was considered mandatory to wear an olive wreath in order to enter.

Symbol of Power and Dominion
Whoever possessed groves or ships made from olive wood, was considered superior to other people. Hercules’ bat was made from olive wood too, symbolizing his prowess and vigor, and so did the stick that Odysseus used to blind Cyclop Polyphemus, that represented his wisdom and cleverness.

Symbol of Religion and Hope
Olives and olive oil besides their daily nutritional importance for people, they have symbolic purposes too. For the Christians they represent “the faith of the righteous” and for the church “the holy fruit”. The white pigeon carrying an olive branch, an image from Noah’s time, is an eternal symbol of peace and hope for everyone.

Symbol of Athletics
According to multiple sources, the prize for the winners of the Olympic games was “Kotinos”, an olive wreath from the holy oleaster that was grown outside the temple of Zeus in Olympia. In addition, the winner was given tons of olive oil in big pythons as a reward.

There are so many different meanings for this unique tree, but for us it symbolizes family heritage and tradition, a legacy that drives us forward, in order to continue the circle of life and ingrain a bit of our souls in the process. 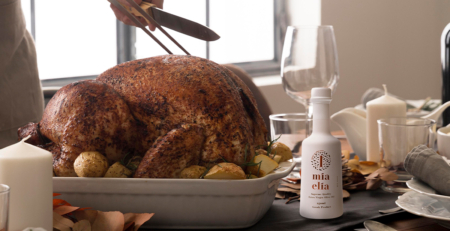 Thanksgiving is just around the corner!

There is a special time to show gratitude and appreciation! It is considered a national holiday in many countries...

What does “extra” mean in extra virgin olive oil?

The finest extra virgin olive oil is still made combining traditions that have been passed down from generation to... 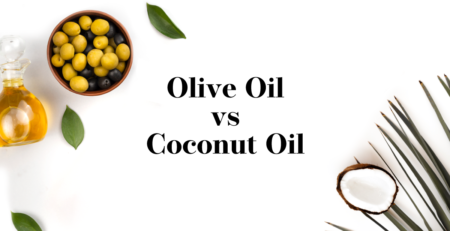 Olive oil and coconut oil, are excellent examples of healthy fats and have very high nutritional value. Also, they...